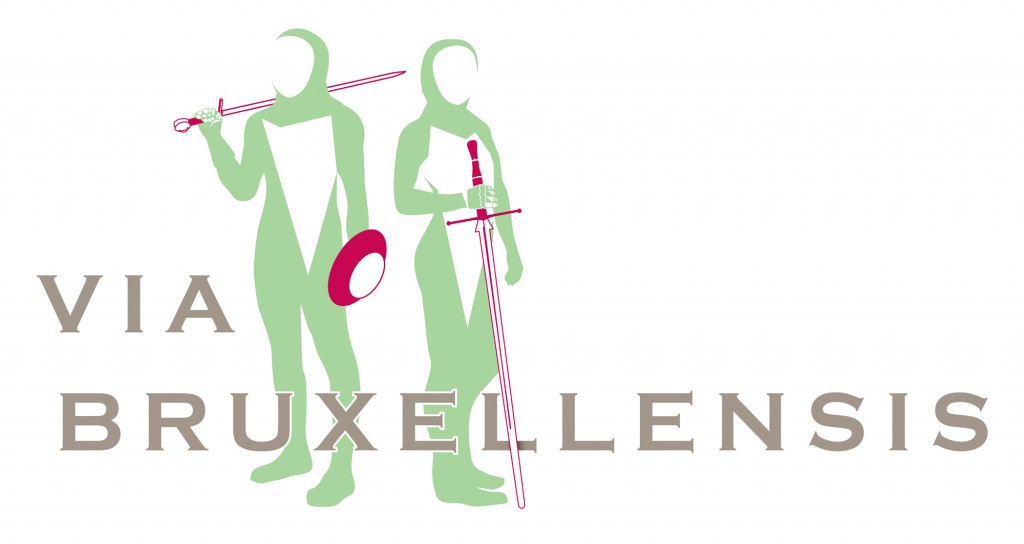 Via Bruxellensis, The Brussels Way

This club comes from the will of its founder to make Brussels also a place where HEMA can grow.

It is on 16 June 2015 that the first training of this new club occured, gathering a great number of people interested by such a topic, including persons with various experiences in HEMA, persons who had to travel far before that to find a place to practice it or persons who had to do it on their own, by themselves. Via Bruxellensis allowed them all to find a close place where to practice HEMA, in Brussels. 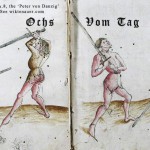 So far, we mostly practice fighting techniques with the medieval longsword, from the 14th and 15th centuries, as it could have been practiced in the German tradition of Johannes Liechtenauer,  including some analysis of wrestling and dagger techniques, all according to the unarmoured style of combat known as Blossfechten. But the club is open to all kinds of practices and of all topics as long as they’re based on the study of historical sources in the very wide range covered by HEMA.

You can find more practical information about our trainings by clicking here. 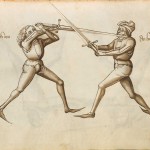 The Historical European Martial Arts (H.E.MA.) discipline consists of studying the fighting methods and fighting systems that existed on the European ground in his past, distant or close, on the base of historical sources, mostly using fighting treatises and fighting manuscripts left by masters or students back then. 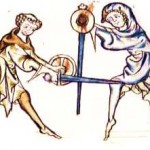 It covers a range of practices as wide and varied as the medieval fencing using longsword, using sword and buckler, dagger fighting, medieval wrestling or later fighting systems like Renaissance rapier, Sherlock Holmes era self defense system (bartitsu/bartisu) or even bayonet fencing as taught to World War 1 soldiers.

You can have a look at historical sources or to articles discussing them in the Ressources section of our site.

To have a visual idea of what it means to practice HEMA, you can watch the following video links:

The SBSN is part of the International Federation for HEMA IFHEMA.

That opens up the gates to the trainings from the ADEPS for the good quality of our trainers.

To provide to our members an easier access to a wide variety of equipments for the practice of our many HEMA, Via Bruxellensis has picked Black Armoury as their official equipment partner.  You can find there a large array of protective equipment, weapon simulators and other accessories to ease the good unfolding of our practice (for more details, see in the Gear section). 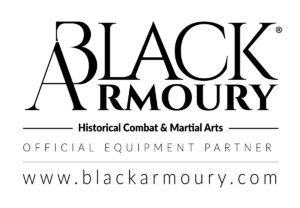 In the domain of HEMA, there is no instructor per se (strictly speaking). By definition, the only true owners of the martial knowledge are deceased a long time ago, so people nowadays are just a bunch of persons trying to rebuild and reenact the gesture as it could have been performed back then, and we do so using the historical evidences found.

So we’re not in a structure with a « master » owning his knowledge and passing it to his « apprentices« , we’re all a group of apprentices trying to decode the knowledge of the master, Johannes Liechtenauer for instance. Each and everyone in the club may come with a training proposal in order to test an interpretation of a text so that everyone can work on it during a class.

Nevertheless, some more experiences members share the elements they already had the opportunity to practice to the newcomers not confident enough to work on the sources by themselves. 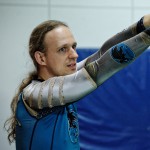 Former founding member of the late Brussels club Académie Talhoffer and now founder of Via Bruxellensis.

Member of the SBSN board.

Has a long experience in many martial arts and fighting systems, mostly having practiced longsword during 15 years with medieval reenactment as well as black belt in shotokan karate, but also other disciplines like sport fencing (foil, saber, epee), jujitsu hakko-ryu, brazilian jujitsu, kendo, iaido, soo-bak-do. Is also practicing in other HEMA clubs (with Invirtus and Salle d’Armes Jean le Noir/Bruselas Destreza) and takes part to many HEMA workshops, national and international ones, to keep increasing the knowledge on the field, be it by widening to other areas or by deepening the understanding. Also sometimes is instructor during international events.